What Industrial Caster Or Wheel Do I Use?

What Industrial Caster Or Wheel Do I Use? 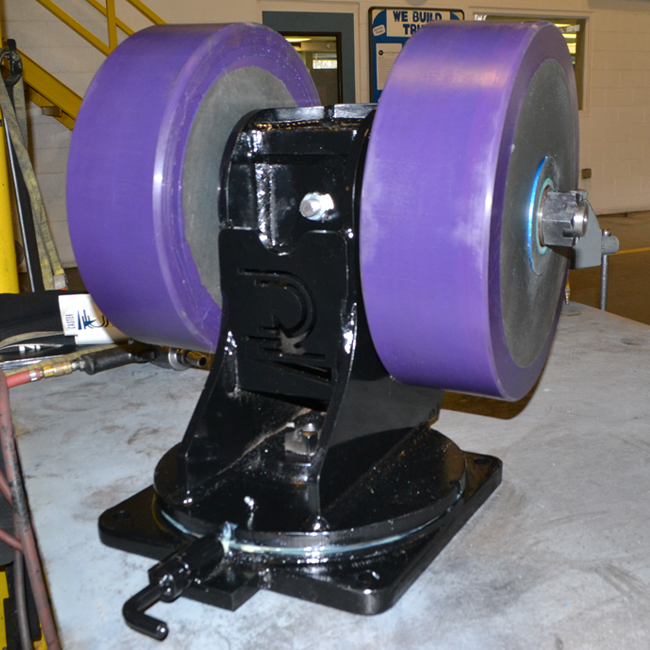 Using a polyurethane wheel has many benefits. However, using poly wheels outside their rated limits can cause them to fail for several reasons.

Overloading and excess speed are the two main reasons why polyurethane can fail. There is another type of failure (which rarely happens) called bond failure. Below I will cover these types of failures and their causes. Knowing why a wheel has failed gives you a better understanding of the situation. So, when it is time to replace it, using the correct version can eliminate future failures.

When polyurethane wheels carry more weight or are used to create shock loads greater than the polyurethane rating, they begin to fail. This failure usually doesn’t happen right away. When the wheel is overloaded, the internal stresses in the poly cause small tears. Continually using the overloaded wheel means the breaks or tears of poly no longer help disperse the load and overstress the surrounding poly.

This overstressing creates more tears and breaks. This situation continues until the tears work their way through the poly and cause a failure. (Shown in Figures A & B). Different polyurethane types have different physical properties, so that overloading failures can look different. The material in Figure A shows internal breakage within the poly, while Figure B shows sidewall cracking.

The next type of polyurethane failure happens when the material becomes too hot and melts. This occurs when the wheel runs at speeds faster than it’s rated for or is used in an environment where surrounding temperatures and speed cause it to become overheated.

Bond Failure of a Polyurethane Wheel

The last failure covered is not a failure of the polyurethane material itself but a failure when trying to adhere polyurethane to another material. This type of failure is less common, but understanding it will help determine why a wheel might have failed.

During the manufacturing process of adding polyurethane to a wheel core, an adhesive adheres the two materials together. This connection is called the bond, which can fail for various reasons. When a bond failure occurs, the poly material becomes detached from the wheel core.

Knowing what caused a wheel to fail will help you understand what is happening in your application. This will also help our sales department determine what wheel size and material should be used to replace a failed wheel. In addition, it’s also important to choose a manufacturer like Caster Concepts that is ISO 9001-2015 certified and selects and processes your polyurethane in-house to mitigate these types of failures.

Read more: What Industrial Caster Or Wheel Do I Use? 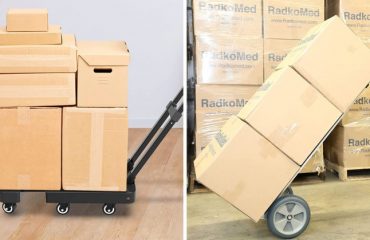 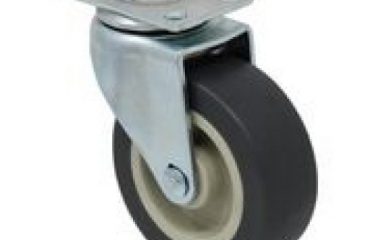 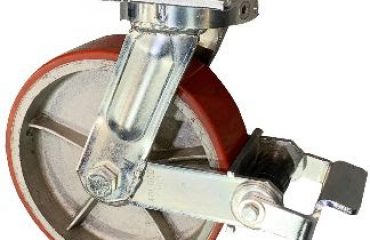