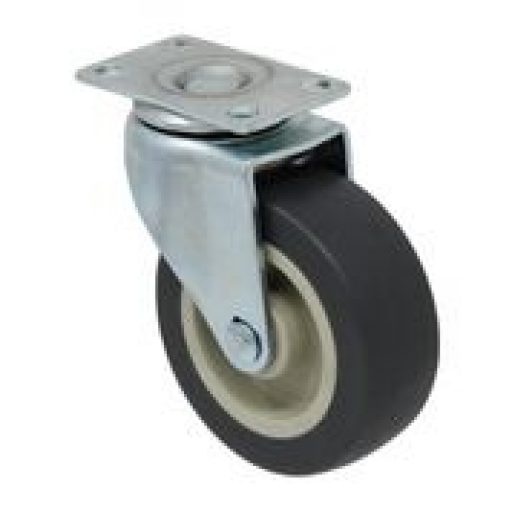 What improvements have been made to caster design in recent years?

According to Machine Design:

“Engineers…developed a heavy-duty industrial caster, Twergo, that takes less force to start rolling or to turn and maneuver a load, and minimizes scrubbing and damage to flooring. Twergo combines up to three polyurethane wheels in the same space as one conventional caster, letting it handle higher loads.

“The wheels spin on sealed ball bearings and have no center support bar, which reduces surface contact and lets the wheels turn in the direction and that lowers friction. The wheels also have tapered treads and mount on a durable, lightweight aluminum, parabolic wheel face. With these features, a cart equipped with Twergo casters can start moving using 25% less force than that needed for carts with conventional casters.

“The thick tread can be made of polyurethanes with a range of different user-chosen hardnesses to meet specific applications. The tread will not pick up debris and help reduce friction. It also wears consistently, so the caster will have a longer life. In fact, the entire caster is designed to last longer than traditional casters, thanks to the rustproof aluminum cores, precision bearings, and lack of exposed joints or linkages. The casters can also handle high-speed applications such as AGVs and tuggers.”

Polypropylene vs. nylon (polyamide): Benefits and drawbacks for various applications 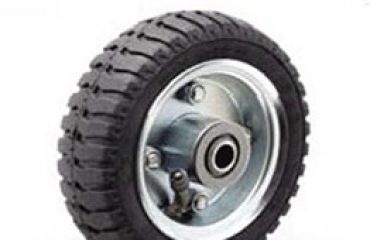 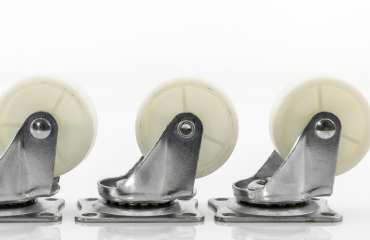